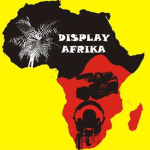 A lawsuit filed to stop the publication of a tell-all book by John Bolton, Donald Trump’s third national security adviser has been struck out by a federal judge.

Judge Royce Lamberth of the US District Court in Washington DC who noted that Mr Bolton had “gambled” with US national security and “exposed his country to harm”, maintained that the US government had “failed to establish that an injunction would prevent irreparable harm”.

“In taking it upon himself to publish his book without securing final approval from national intelligence authorities, Bolton may indeed have caused the country irreparable harm.

“But in the internet age, even a handful of copies in circulation could irrevocably destroy confidentiality. A single dedicated individual with a book in hand could publish its contents far and wide from his local coffee shop. With hundreds of thousands of copies around the globe – many in newsrooms – the damage is done. There is no restoring the status quo.

“For reasons that hardly need to be stated, the Court will not order a nationwide seizure and destruction of a political memoir.”

Though the judge averred that Bolton could still be exposed to criminal liability, his Saturday ruling quickly dispels a long-shot attempt by the Trump administration to stymy the book’s release — an attempt roundly condemned as antithetical to the First Amendment.

While the President Trump had said the book is “made up of lies and fake stories”, the justice department on its own part said that the book had not been properly vetted. Mr Bolton’s lawyers however dismissed the claim, insisting that the manuscript was thoroughly examined and that Mr Trump simply did not like the contents.

The memoir, titled “The Room Where it Happened,” is officially set for publication on Tuesday, but physical and digital copies of the book have been circulating in Washington for several days, generating a flurry of unflattering headlines for the White House. And 200,000 copies of the book have been sent to resellers, according to Bolton’s publisher.

Published excerpts from his book have proved highly embarrassing to Trump, revelations including what Bolton says is impeachable conduct in seeking re-election help from foreign countries, China among them, and the president’s ignorance of basic geopolitical realities.

Bolton was a national security adviser between April 2018 and September 2019, when he resigned. Trump claimed to have fired him.

Minnesota governor, Tim Walz asks everyone who has protested the death of George Floyd to get tested for Coronavirus